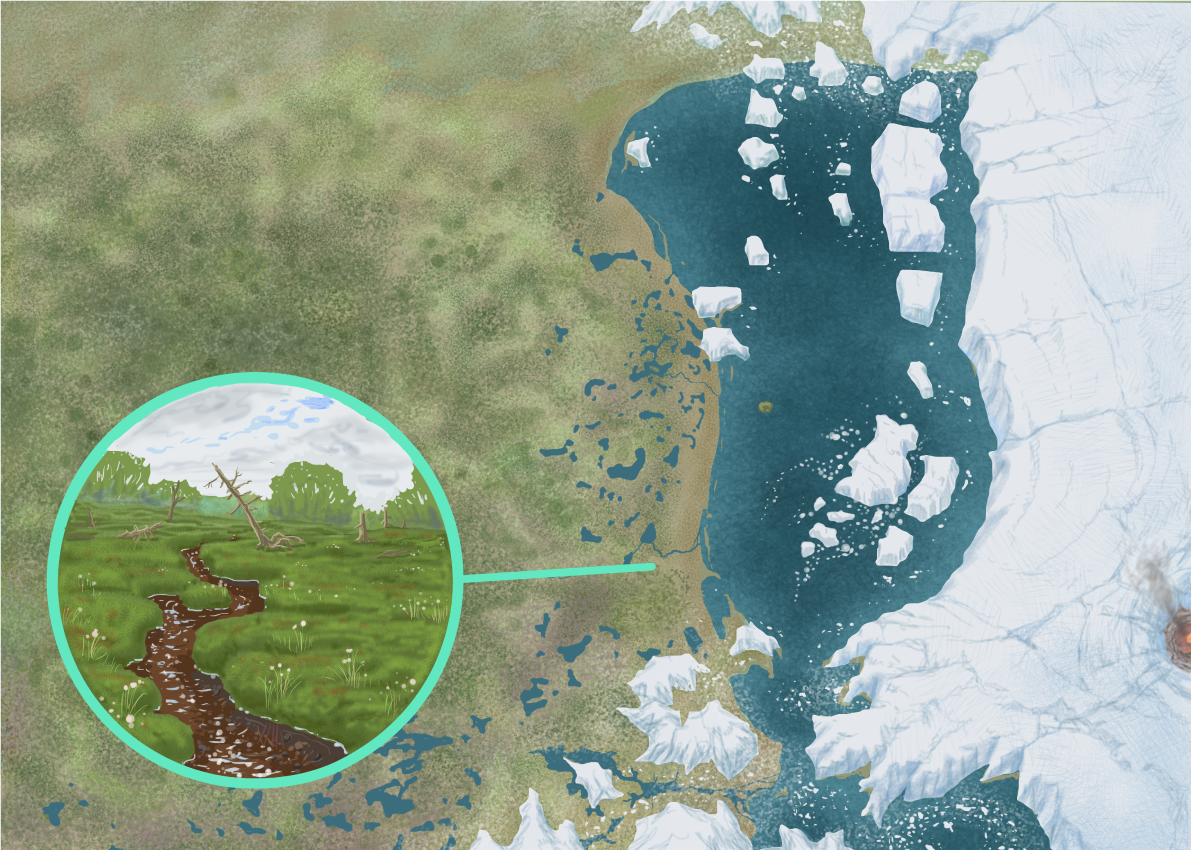 I can’t help but notice that when Badass talks to the badgers, they understand him without any visible explanation and respond in unfamiliar-sounding speech, its rhythm reminding me of the databanks on the mothership. I finally give in to curiosity.

“How do they understand you?”

“Well, the computer translates, I charged my batteries in the village,” explains Badass.

“No-no, I get that the computer translates their words. But you used normal ship-speech to talk to them. How did they understand?”

A tall brown badger steps up, distinguished by colorful paint and bird feather pendants. It stares at me inquisitively and talks to Badass in rhythmical grunts.

The light-furred badger seems to inquire about my computer, as Badass explains that it’s not working. He sums up what he heard from the feather-decorated badger. “The shaman says that the badgers are fluent in the languages of local computers and people. Their words just sound strange because they have different windpipes.” “That’s why their rhythm reminds me of code,” I share my earlier observation. “They’ve learned from the machines.”

“Seems so.” Badass nods. “I understand humans used to live on this planet long ago and the badgers have learned from the remnants. They must be able to learn new languages based on the old ones…” 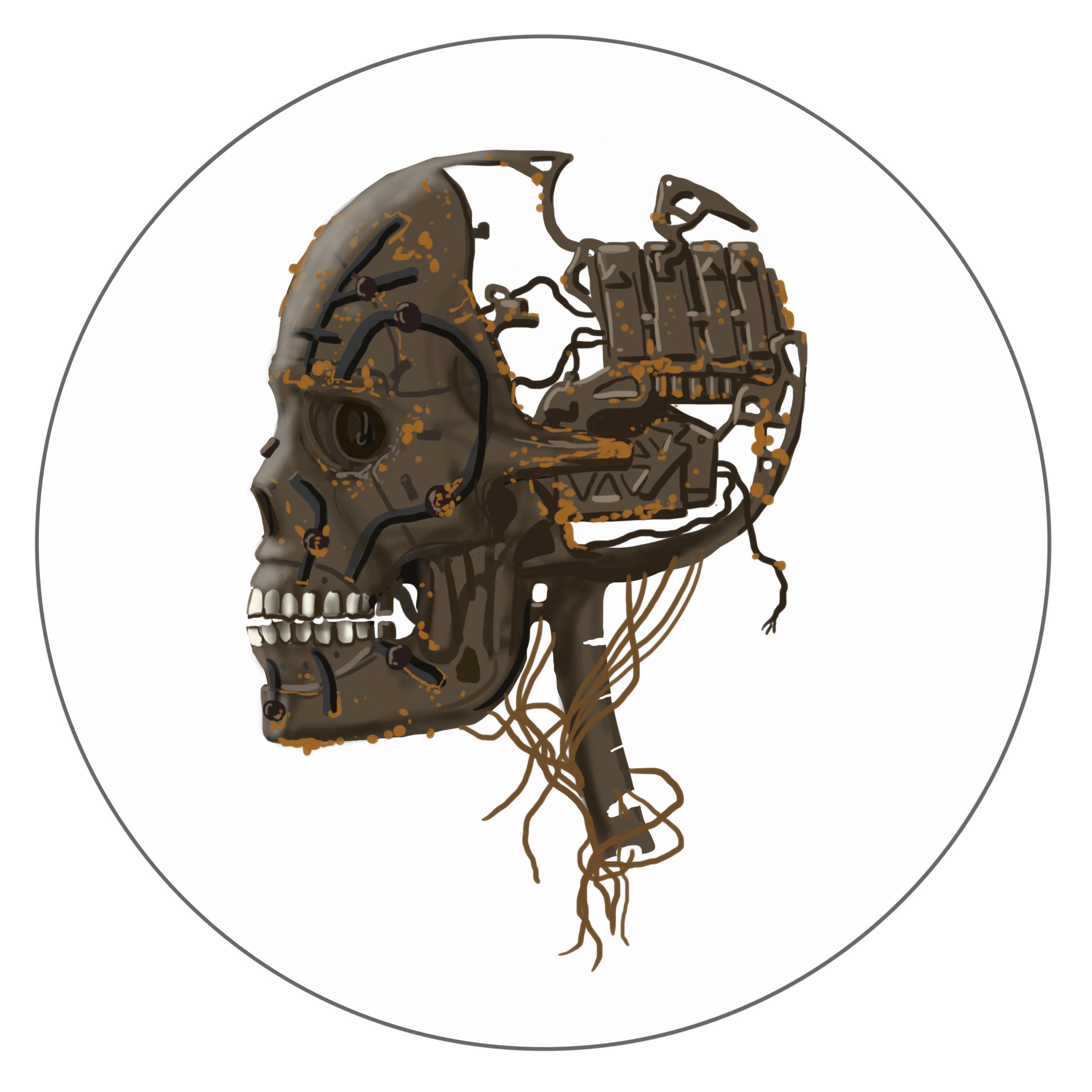 A restless thirst for knowledge takes hold. There are sentient creatures right here, they have lived on this planet for much longer than the bloodthirsty villagers, they are much more familiar with this world’s secrets. We could learn so much from them! If only the language barrier wouldn’t get in the way.

“Hm, let me try something!” I slide down from my steed and dig a fresh cloud truffle out of my pocket.

The elk, free of my mental bonds, stamps cluelessly on the burdocks. It would be polite to feed him as a farewell gift and help him understand where he is. But my attention is elsewhere.

I kneel in front of the wise badger, chew the knob of mushroom and wait until the first sense of confusion passes. When my vision clears, I investigate the sage’s shining gold life-shape closely. Where could his spots of power be? Would a self-aware creature even agree to such direct contact? Then I notice that the sage’s palms glow brighter than the rest of his shape. I raise my hands carefully and offer my palms. The badger nods, raising his front paws.

As our palms meet, the magnified power of the forest and the earth suddenly pulses through us both. A blur of images flashes by me: all the lakes and bogs, the glacier and the red sky, the aurora and swamp lights, flocks of orbital pods bursting out of the mothership, the ancient earth under icy continents, giant firs, deep tunnels, waterways, forgotten machines, seagulls, ravens, frogs…

The flow of knowledge slows, the pulses of nature stabilise, my mind becomes one with the badger’s. I feel words and images forming in our heads, although neither of us speaks. This experience reminds me a bit of the dreamscape in somno-training and other virtual environments conjured by the ship’s computer. The rugged shores with caverns under the hills unfurl in my mind’s eye, along with something huge and artificial in the depths, under much more ancient ground.

Suddenly I feel a stranger’s touch - from somewhere far away, like from another world. “Time to go.”

Why leave? We are communicating. “I will stay,” I answer quickly.

“I like it here,” I hear myself say. I wonder why I answered so. And realise - it was probably the badger’s shared mind speaking through me.

“But they won’t let you stay here.”

“Oilskin already allowed it,” I hear my voice. Oilskin? Interesting, the badger shaman’s name sounds different in my head…

“Yes,” the sage nods and I understand his words. “She will stay.”

I don’t hear any more, as I dive back into the depths of our shared consciousness.